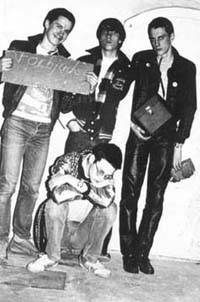 During Christmas time 1978 Massmedia recorded their first EP at Torkhold, a bombshelter under Västermalms High School, which also hosted the first punk concerts in Sundsvall.

Mats and Torulf Nilsson (bass and guitar) had been in London a few weeks earlier and bought a mixing desk and together with a friend who had a little more knowledge than themselves regarding the knobs, they spent the Christmas holiday in the bombshelter recording four songs live on a borrowed taperecorder.

Unfortunately the batteries of the fuzzbox ran out, and since it was holiday everything was closed so they could not get new ones, which resulted in a very sizzling guitarsound.

Massmedia 1979. From left: Torulf Nilsson, Svante Jansson, Mats Nilsson and Anders Brodin.
But on the whole they were quite satisfied with how it turned out and they sent the master to Dallas, Texas for pressing. From an advert in Melody Maker they had learnt that they could get cheap pressings in the US.

In February 1979 they released their first record on their own Massproduktion label, pressed in 498 numbered copies. A record that now really is a collector item.

More records - fast...
Being the most ambitious local punk band at the time they developed fast and even before the release of the first EP they recorded the classical single "Das Jazz/Jag vill inget", live in their rehearsalroom with Jan Zachrisson from Diestinct, who knew slightly more about recordings. It is still one of the most furious singles from that period with the VU-meters glued to the red area.

The next release was a compilation-EP with Massmedia, Vacum and Förbjudna Ljud. Mats Hammerman, singer in Vacum, had recently become neighbour with the Nilsson brothers and was soon involved in the record business. After the delays that hit Sundsvallspunk EP vol. 1 and the Vacum EP they discovered the advantages of pressing in Sweden and under a few months a lot of local punk band released their debute singles on Massproduktion.
In late 1979 the "label" got distribution through Sam-Distribution (later MNW-distribution) and even more bands started to release records on Massproduktion. In those days the bands financed their own records and Massproduktion collected the money from the distributor and distributed them among the bands.
In 1980 Massproduktion released their first LPs - four of them. At the same time the Nilsson brothers moved to Linköping for studies and left Hammerman to take over business. In 1981 Mats, together with his guitarist Stephan Segermark and bassplayer Anders Olsson registered Massproduktion as a company and slowly Massproduktion became what it is today. 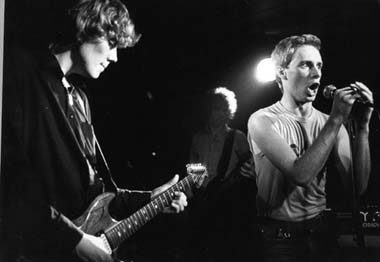 BACK TO THE TOP!

The 80-ies...
During the 80ies the punkwave faded and many of the bands that had created the scene split or formed new groups. Massproduktion broadened the musical horizon and since the local scene was not as vivid as it had been during the early punk days Massproduktion also released records by bands from other towns although they all had their roots in the north of Sweden, such as Kretsen and Tugga Terrier.

The most successful band during the mid 80ies was Vacum, Gina Jacobi's Rummet and Krunch. 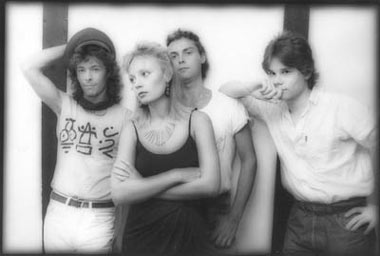 Rummets clever keyboard-based pop met great interest in Sweden and after one album the charismatic vocalist/keybordesse Gina Jacobi left for a successful solo career. Massproduktion was one of two labels who together, 10 years after the release of Rummet, released her fifth soloalbum in 1995 - Alla Är.

The 90-ies...
The other band that was the signum of the early 90ies was The Shades of Orange who combined an explosive live act with 60-ies influences without sounding outdated. 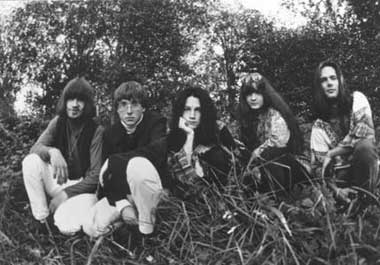 By 1993 the label had about 16 bands loosely connected to the label and we were not really happy with the situation. As Crompojkarna split up, Mats got the time and the energy to focus on the label and took a lot of decisions. Massproduktion concentrated on a few band and started to working on long term for them. And it worked.
Interest from abroad...
1994 Massproduktion signed their first foreign deal for Garmarna and in a few years all the band on the label got both more attention in Sweden and foreign record deals.. 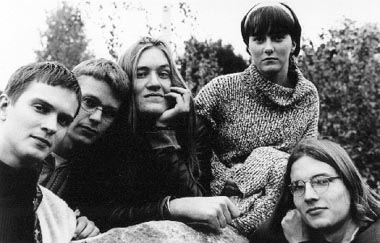 By 1996 Garmarna was released in 25 countries but the other bands also had their fair share of fame. The Confusions did well abroad. Their debut CD Being Young, was released by Edoya Records in Japan in September 1995 and and their second album Everyone's Invited - produced by Peter Svensson of The Cardigans - was released in Europe by German Clearspot Recordings/EFA and got very good reviews from Record Collector, Melody Maker and Rolling Stone among others and it was followed up with a large European tour in February 1997.

1998 we embarked on a great reissuing project involving some of our, by now historical, punk-releases. Vägra Raggarna Benzin Vol. 1 & 2 was both a critical and commercial success and we are planning for a Vol. 3 to be released during 2011.

1999 was one of our most active year ever and saw the release of new albums by my Orchard, Garmarna, Krämen, Giraffer & andra saker, The $1000 Playboys and our 20 years celebration CD - We're only in it for the money. Our hometown of Sundsvall had received from the National Radio Channel P3, the honor of being PopStad in 99 and we gave it all we got. In total we released 11 records during 1999, including the PopStad 99 promoCD.

The Milleniumcrisis... and the rescue
This took its price on us. Especially as we did not really have the money to pull it through. Early 2000 we realized that we were in deep crisis with large debts and no money whatsoever. It took us more than a year to get back on track. But with patience and help of the people that we owed, the bank, our publisher and our distributor MNW we finally got a new start.

At the same time as the company transformed into a Ltd with Mats Hammerman as the only owner. And finally we could release all the albums that were more or less finished: Left Hand Solution - Light Shines Black, Garmarna - Hildegard von Bingen, my Orchard - 5 years long and as tall as a dream and The $1000 Playboys - Stay!
We also released 4 singles and EPs during 2001. We were happy and proud to still be in business and finally release these fantastic albums. We have a long way to go but now things are really going in the right direction. We will not be able to release as many records as we have done before but we are still around - trying to make a difference...

Fall 2002 saw the release of The Confusions forth album Trampoline and the first single The Pilot went straight to number one on MTVs Up North Chart and stayed on the chart for seven weeks. They also got a lot of airplay in Denmark, France, Finland and the Baltic States which they all toured.

Since MNW closed their distribution we had to find new friends to sell our records and we found the nice people at Bonnier Amigo Music Distribution.

We also released Punksvall 1979-80 with the first 10 singles from Massproduktion and Sundsvall. A great party on the 29:th of September saw and heard unique gigs by Massmedia, Pizzoar and Förbjudna Ljud. To our big surprise Punksvall was nominated to a Swedish Grammy.

In 2004 we released some great EPs with The Confusions and a brilliant mini album by my Orchard -Silhouettes - their most successful release so far.

2005 meant more EP's by The Confusions and Lars Bygdén's first solo album that the press went wild over and received the Manifest Award for best Singer/Songwriter album of 2005. And The Soft Eyes that got the great love of Rough Trade among others.

2006 meant album with The Confusions, Marble and an EP with Lars Bygdén - our first download only release. And our first vinyl single in ages - Marble's BAM!

2007 meant album with Traste & Superstararna and The Confusions acoustic album and in March 2008 their brilliant seventh album that the press went wild over and was their biggest success since 1996's Everyone's Invited.

2009 we celebrated 30 years in the business with a re-release of Krämen, Giraffer & Andra Sakers first Cassette on CD, my Orchards brilliant farewell album and the fantastic second solo album by Lars Bygdén among The Confusions - A Permanent Marker and our well received compilation of Sweden's first all-girl-punk band - Mögel. On the 9th of June 2009 we celebrated our 30 years with a fully packed Sundsvalls Stadshus with bands from all decades playing.

BACK TO THE TOP